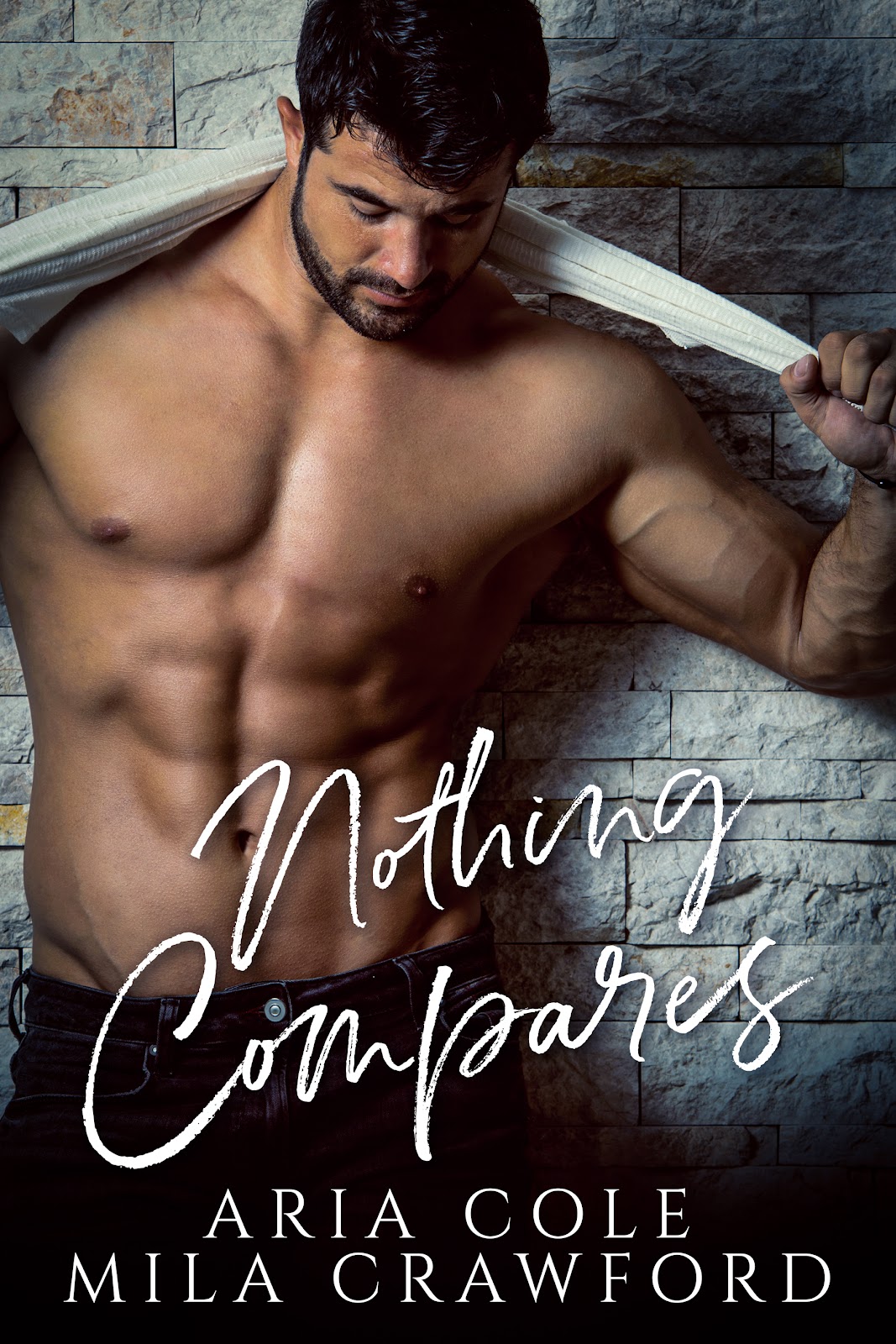 Grey Blackwell has a reputation around our small town. Talented. Hard-working. And the best surgeon the hospital’s ever seen. But I say he’s cold-blooded. Too cocky for his own good and to-be-avoided at-all-costs.
And then my perfect plan to avoid his ruggedly charming self goes to hell in a handbasket when my trusty old car dives nose first into a tree. But luckily for me, Dr. Grey Blackwell rescued me from a fiery death, and now unluckily for me, I can’t stop thinking about his tousled, grip-it-while-he’s-ravishing-you hair and that chiseled jawline with the perfect hint of five o’clock shadow.
Dr. Grey Blackwell and his irresistible anatomy are doing just fine–it’s my heart that’s under strict quarantine from this devilishly dreamy hotshot doc.

“Amelia May Weaver, if you cancel one more ladies’ night out with me, I swear to God I will drive right up there and kick your ass!” My best friend’s voice screeched over the speakers of my car.

I sighed, turning down the volume as my eyes struggled to focus on the dim road ahead of me. I was already late for our date, but work had taken longer again, tonight, and I didn’t have time to even shower–much less think about drinks with Kiley.

Her voicemail ended and my music switched back to the opening lines of a Rush song I’d loved since I was a kid. The screaming guitar notes radiating from his workshop late into the night always put a smile on my face. They were my dad’s favorite band; the first song we danced to around the living room when I was a little kid was Closer to the Heart, wild fits of giggles following us.

I squinted as fat raindrops started to splash the windshield, the clock on the dash telling me it was already after nine, my stomach long overdue for any sort of food. I was just making a mental note of what exactly I still had in my fridge when Rush cut out and the ringtone I used for Kiley lit up the speakers.

I groaned, stealing my eyes from the road for a moment to end her call. I sighed as I hit silence, thinking I would have a lot of explaining to do, but I knew she’d understand. My best friend since fourth grade, Kiley was wild and impulsive and such a joy in my otherwise dim life.

She’d always wanted what was best for me. When I was on-call 24/7 in high school, helping my father with his oxygen as he struggled to breathe while he waited for a lung transplant, it was her that came to help me with homework when I was bleary-eyed and late for morning class. And I’m sure she only wanted what was best for me now that Dad was gone; the blank space left in my heart still ached with loneliness. It may have been six months since he’d lost his battle to pulmonary fibrosis, but for me, it felt like only yesterday.

Rush screamed back on the speakers then, adding a smile to my face just as a dark shadow tore across my high beams. I hit the brakes on instinct, swerving to avoid the rogue creature just as a curve came out of nowhere and my nose dove headfirst into a towering evergreen.

Fear quaked through me as the car shuddered to a halt, smoke and steam rising from the engine as Rush screamed into the wind.

“Son of a bitch!” I slammed my palm against the wheel.

“At your service.” A deep voice rumbled as the driver’s side door opened and heavy palms came to rest on my thighs. “Are you okay?”

My heart shuddered to a halt faster than the car just had. “Uhm.”

A lump the size of a boot lodged in my throat as my eyes traveled up the strong forearms and biceps, across a solid slab of muscled shoulder, and then laid on the most familiar luminous green eyes I had seen in a very long time. “Do you know what year it is?”

“That doesn’t sound good. Does your head hurt? You might be concussed.”

I frowned, the only thing aching right now was my desire to be closer to my handsome hero. “I’m not concussed.” I clamped down on my lip. “I know exactly who you are.”

His intense gaze narrowed before shooting down my body. One hand traveled up my thigh and squeezed softly before reaching for my wrist and bringing it to just out of reach of his lips. He turned it over, inspecting it softly before doing the same to my other hand. “Does your neck hurt?”

I shook my head.

“Whiplash can take time to set in.” He settled my hands on his knee before he tipped my chin to catch his gaze. “Can I touch you?”

“Wh-hat?” I stuttered. Had I really just slammed nose first into a tree and am now dreaming? Maybe I was concussed and he was a mirage. “Is this real?”

He cracked into a lopsided grin, a soft chuckle falling from his impossibly full lips. “I’m a doctor.”

“Oh man, this must be a dream. Wake up, Amelia, wake up!” I pinched my wrist, wincing with the pain.

He openly laughed then, stopping my pinching with his warm hand. “I can assure you, I’m very real.”

“No, you’re definitely not. It’s been fifteen years.”

He grinned, eyes twinkling like they were flecked with golden-green glitter. His jaw was angled sharply and chiseled like it was made of marble, and the broad stretch of his body filling up my tiny space was a clear indication that he worked out. A lot. Things had sure changed from the skinny kid he used to be.

“It’s me, Amelia.” One of his thumbs came to rest at my pulse point at my neck as he spoke. “Your heart is racing. Are you sure you feel okay?”

His concerned eyes hovered over my face, making me feel so aware of all of his movements in relation to mine. “No, this doesn’t feel right at all.”

“What kind of doctor would I be if I didn’t help a fellow neighbor in need?”

“Doctor?” I laughed. “Oh I get it, you’re Dr. McDreamy now? This is one thousand percent a dream. I must have blacked out. I’m blacked out right now, aren’t I? Are you about to turn into Satan? Wait, am I dead? Is this purgatory? Wait no, this is hell, right? You make me think one thing and then turn it into a damn nightmare. Are you Satan?”

His laugh echoed around the car then, soft raindrops falling into his thick eyelashes and then trailing down those sexy cheekbones confirmed my hunch. I was dead and maybe, just maybe, he was my Heaven.

“I should have told as soon as I was back in town, I just didn’t know how to. I wasn’t even sure you wanted to hear from me. Fifteen years is a long time. I was just so worried when I saw you smack into that tree.” He wrapped his arms around my waist. “I’m going to lift you out of here, is that okay?”

I nodded, head starting to pulse softly with a headache.

“I was headed home from my shift at Elmhurst General when I saw that cat run into the road and then you swerved like you’d just seen a…” He paused, eyes on me, once he’d gathered me into his broad arms. “…a ghost.”

“I think I’m seeing one right now.” He shook his head, lips curving into a smile that I’d always been addicted to. It looked the same, sly and sweet wrapped up in a seductive bow.

I rubbed my eyes, thinking that would help clear my illusion. Fifteen years. He’d been gone for fifteen years and I hadn’t heard anything. Not a single fucking thing, I should have been furious, I should have screamed and yelled. I should have wanted to dig my eyes out just to avoid looking at his handsome face at that moment.

“I didn’t know guardian angels could be so sexy.” The words slipped out of my mouth before I could even stop them. I hated myself for thinking that and I hated him for being there, unleashing all those familiar feelings again.

“Sexy, huh?” He replied. “Well, Amelia, whaddya say you let this sexy doctor bring you home and check you over a little bit?”

“Okay.” I sighed, feeling warm and safe despite the storm brewing around me and on every level inside.

His lips popped open, about to say something, when Kiley’s ringtone pierced the night air. His eyebrows rose as Rush’s Tom Sawyer carried on the air. “Good song.”

“Great song.” I agreed as he carried me to his heavy-duty truck, sliding me into the passenger side and curling a blanket around my lap before securing me with the seat belt.

“I remember when your dad used to teach us the wonders of classic rock.”

“What are you doing here, Grey?” I inquired when he slid behind the wheel.

“We’re neighbors, Amelia Weaver. I moved back a month ago.”

“Oh. So you’re the pretentious asshole.” I narrowed my eyes, reality settling in that he had moved into his father’s old house. I just assumed with all the movers and interior decorators coming in and out some rich socialite had bought the property for an investment or a summer home. “I had no idea.”

His eyes caught mine, squinting up in a smile across the cab. “You never did like flashy things. I’m not surprised you’d think comfort and style would constitute being an asshole. You still sing Rush so loud that you block out the entire world?”

I narrowed my eyes, irritated that he knew me so well. I wished that I’d changed so drastically like he had, but the truth of the matter was I was the same girl I was then, just with a few more wrinkles. “Hm.”

He chuckled softly, turning on the truck and aiming back for the road. “The neighborly thing to say woulda been, it’s good to see you again, Grey, but I’ll take hm for now.”

“Sorry, I’m just not thinking straight, I guess.” I pushed a hand through my rainwater dampened hair. “Nice to see you, Grey. Glad that you’re alive…”

His eyes cut across the steamy air of the truck, his wipers following the beat of my heart as they swished through the rain. “Amelia.” The tone of his voice lowered another octave. “Still as fuckin’ beautiful as ever.”

Mila Crawford
Mila Crawford is a book lover and has been around them one way or another her whole life. She is a fan of happily ever afters, sassy heroines, over the top alphas, and most of all safe reads.
Facebook  Newsletter Goodreads  Instagram Amazon
Aria Cole
Aria Cole is a thirty-something housewife who once felt bad for reading dirty books late at night, until she decided to write her own. Possessive alpha men and the sassy heroines who love them are common, along with a healthy dose of irresistible insta-love and happily ever afters so sweet your teeth may ache.
For a safe, off-the-charts HOT, and always HEA story that doesn’t take a lifetime to read, get lost in an Aria Cole book!
Follow Aria on Amazon for new release updates, or stalk her on Facebook and Twitter to see which daring book boyfriend she’s writing next!

Sign up to get a NEW RELEASE ALERT from me!
http://eepurl.com/ccGnRX