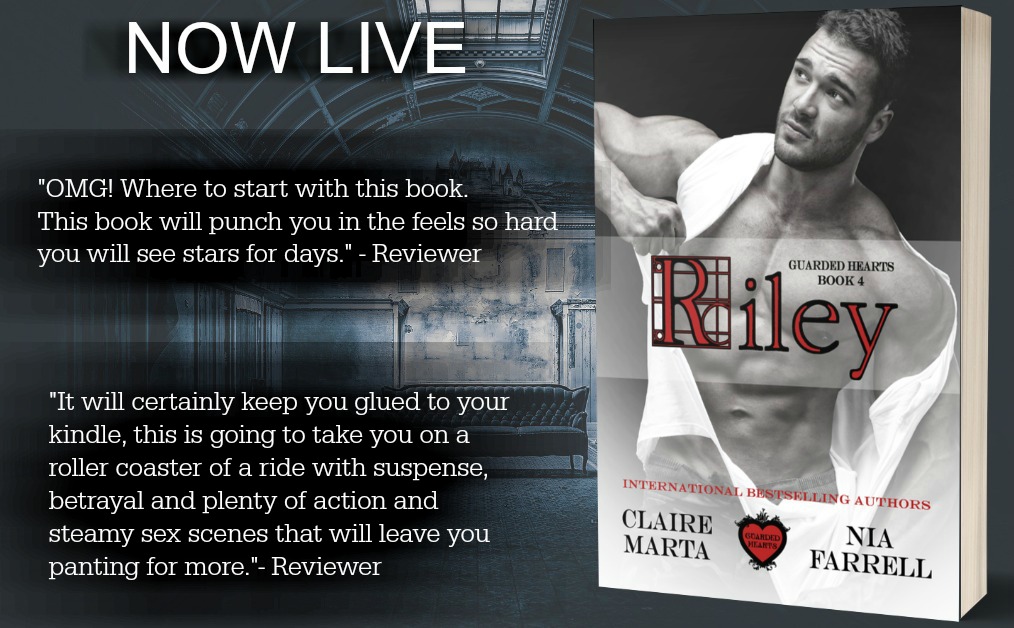 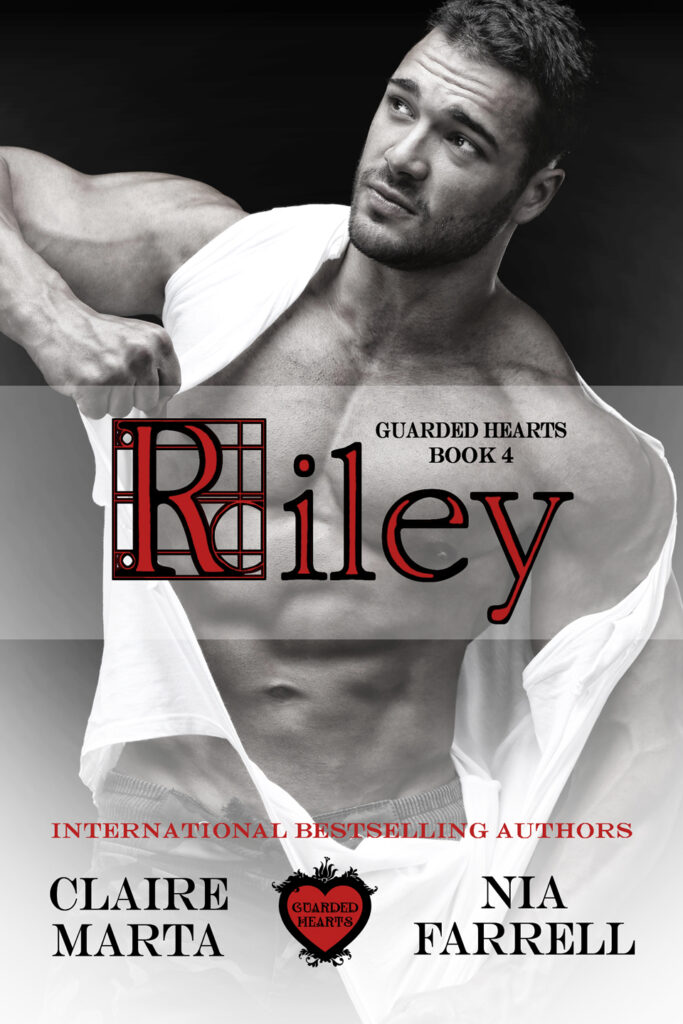 Partners Emmett and Theo are kidnapped by a shadowy organization bent on learning their secrets. Taken to a private lab, they meet Dr. Riley W 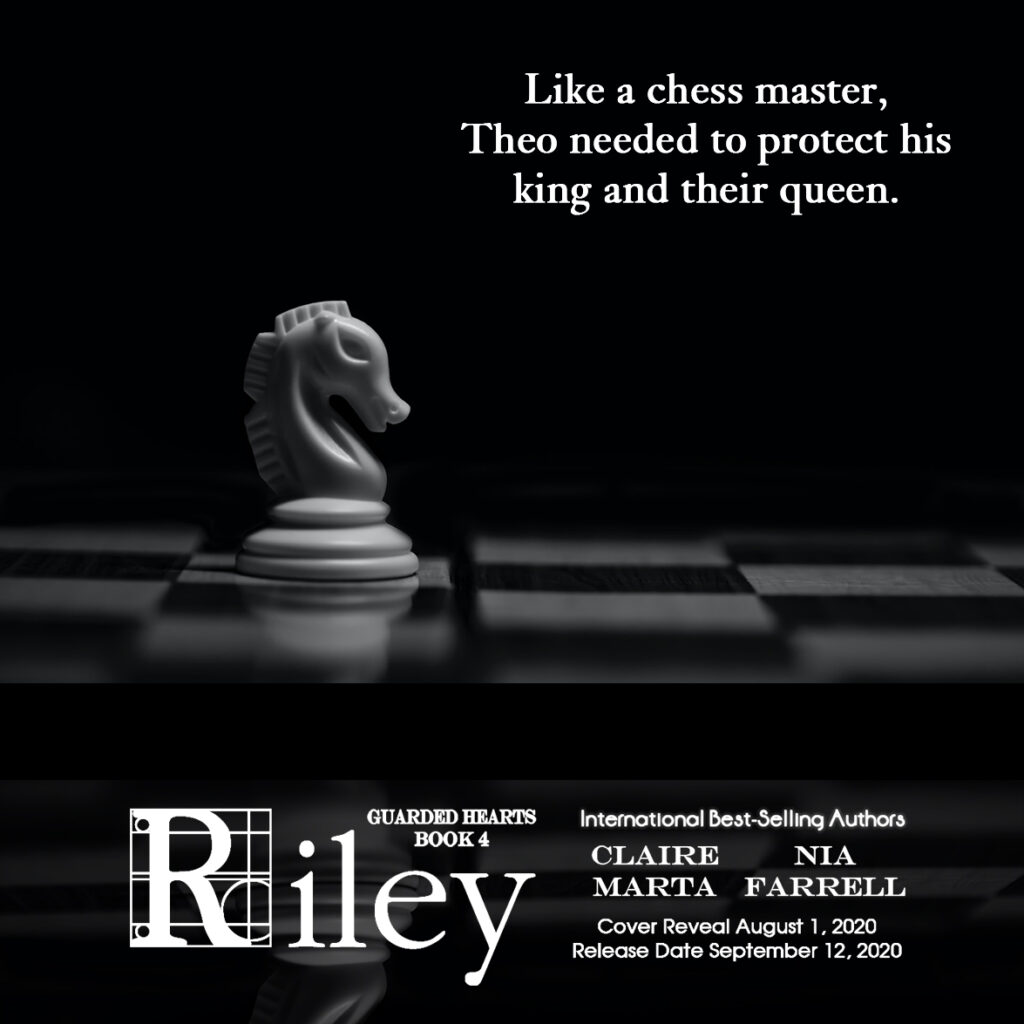 alker, the brilliant, beautiful geneticist charged with discovering what they are.

Or so it seems.

Theo and Emmett aren’t the only ones with something to hide.

The three are caught up in things they can’t control. Nefarious forces are at play. Unseen eyes are watching them. After Riley is forced to betray them, the feelings the partners have for the new female in their life take a twisted turn.

When truths are exposed, the whole cadre’s mission is put at risk. Emmett and Theo must fight for the woman who’s destined to be theirs or lose her to a dark, dark fate. 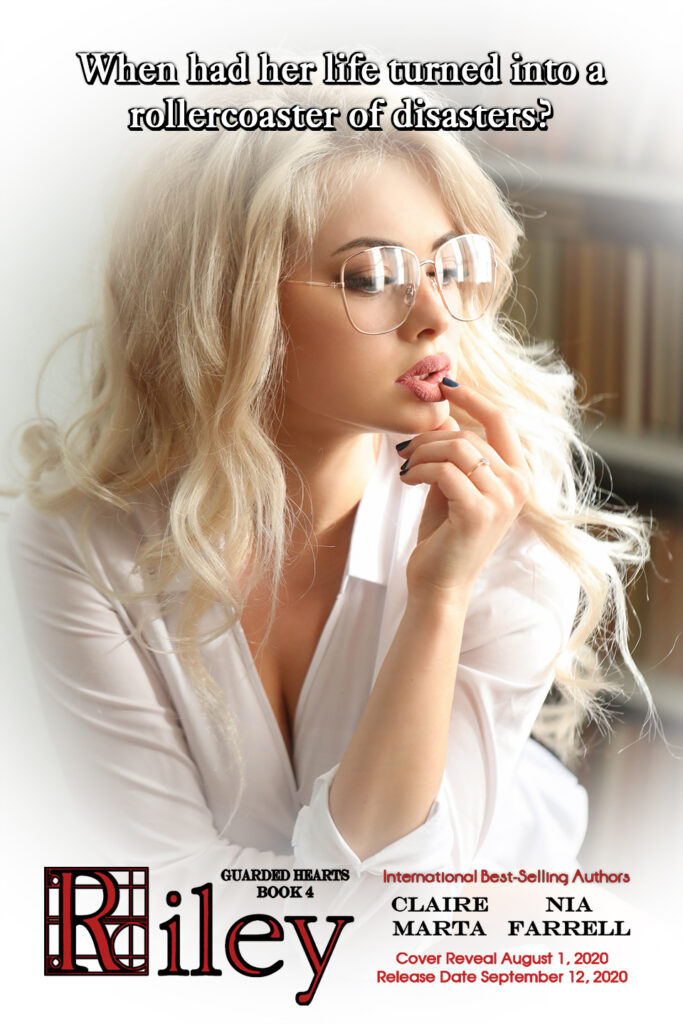 BOOKS IN GUARDED HEARTS SEASON ONE:

A native Brit, I live in Italy with my husband and daughter. When I am not writing and drinking copious amounts of tea, I enjoy taking photos of my adoptive country, trying to stay fit with running, reading amazing books, and being a stay-at-home mother.

Riley knew better than to argue.  Skinner was the puppet master, pulling all of their strings.  Retreating to the cafeteria, she took a seat and waited, watching the clock and observing others who came in for coffee or something to eat.  Skinner’s pet, Dr. Lewis, gave a nod of acknowledgment and disappeared through the kitchen door.  When he didn’t come out, she assumed that Skinner had sent him to make certain his orders were followed to the letter.

A short time later, the chef with a laden cart and Dr. Lewis appeared.  Mouths shaped with knowing smirks, the two men eyed her like a piece of breakfast meat.

Christ.  Did everyone know what Skinner wanted?  He was no better than a pimp, expecting her to use her sexuality to get the results he wanted, samples of body fluids he could test for DNA.

“Here’s everything you requested,” the chef announced, pushing the stainless steel cart into place beside her.

Riley arched an eyebrow.  “What’s this?”

“Black coffee, Earl Grey, and a mocha latte for you,” Dr. Lewis answered smoothly, pointing to each in turn.  “I advised Skinner that sharing a meal with the specimens would make them more at ease around you.”

It made sense.  Eating together might allow her to form a bond with the subjects—or at least help Emmett to lower his guard and let her explore things with Theo.  It was a unique opportunity, giving her an excuse to spend time with them and providing the means to study them up close.

Dr. Lewis followed her, whistling softly, making her feel increasingly leery about this whole thing.  Skinner had sent him to observe her interactions with their subjects.  The cameras were impersonal, something she was aware of but had learned to ignore.  Having a witness seemed… lurid.  Voyeuristic rather than scientific, despite what her rational mind said.  Skinner expected results.  It was in her best interest to see that he got them.  If she failed, she feared that all three of them would suffer.

One of the guards reached to open the door.

Hearing her name from Skinner’s minion, she fought the urge to not shudder with dread.  “Yes, Dr. Lewis?”

Riley’s stomach somersaulted unpleasantly at the thought.  Taking a deep steady breath, she wheeled the laden cart into the cell, suppressing a shudder when the door clanged shut behind her.

Emmett and Theo were waiting for her.

The Englishman cocked an eyebrow above his glasses when he saw the cart.  Moving to inspect the contents, he lifted the plate covers and nodded in approval.  “Well done, Miss Walker.”

Theo beamed, his teeth flashing white against his tanned skin.  “Thank you.”

“I thought we could share breakfast together,” she told them.  “Why don’t you have a seat, and I’ll serve you?”

They exchanged a look.  Again, that silent communication, one of them eager, the other taciturn.  Having no other options, they sat on the bottom bunk with Emmett at the head and Theo in the middle, leaving room for her at the foot of the bed.

They ate in silence.  Riley was aware of the sidelong looks Theo sent her way.

“I hope your tea’s alright.  I’m more of a coffee drinker myself,” she commented, enjoying her mocha.

“It’s acceptable,” the Englishman clipped, sounding annoyed at her attempt to engage him.

Theo cleaned his plate and drained his coffee cup.  Finishing her breakfast, Riley cleared her throat and shifted uncomfortably on her perch. There was a spreading warmth coursing through her veins, leaving her feeling flushed and filling her with an awareness of her body.

Emmett was the last to finish, his throat muscles working as he drank the rest of his tea.

Sitting beside her, Theo had satisfied one hunger but another one burgeoned… Pulling her to her feet, he hauled her against him, fisted her hair, and ravaged her mouth with the hottest kiss she’d ever experienced.