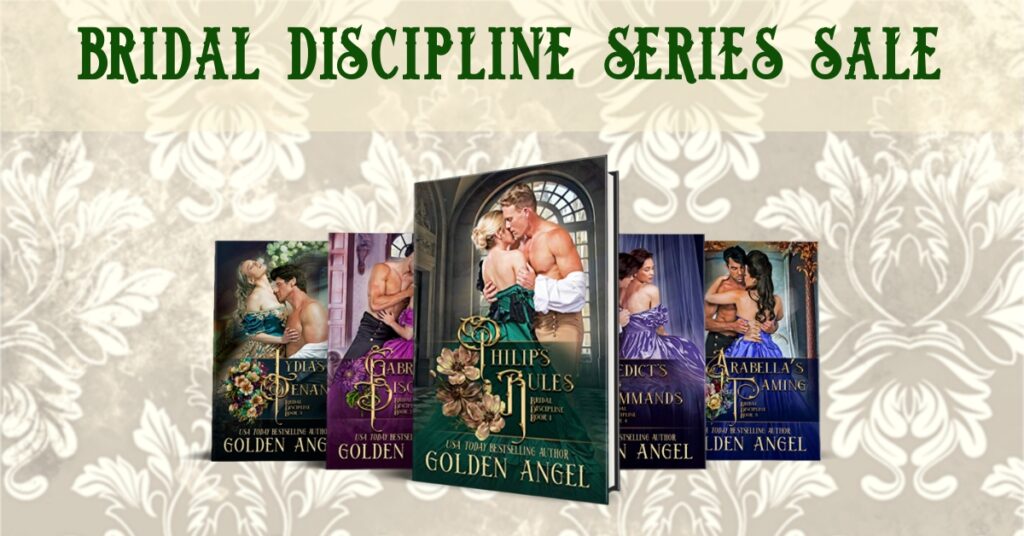 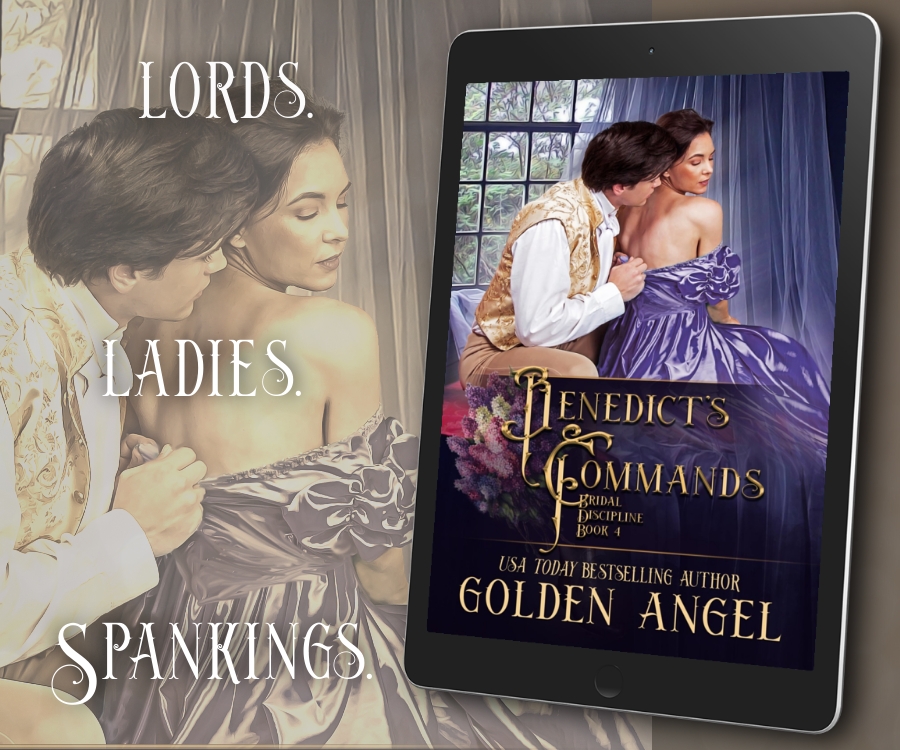 How to turn his lover into his wife when she wants nothing to do with marriage? It may be time for desperate measures…

Love? Marriage? Lady Christina Rowan, Dowager-Marchesse of Stanhope, doesn’t think so. She avoids both heavy emotions and heavy commitments, and has ever since she discovered the truth behind her first husband’s death. As a widow she’s found freedom in having lovers without love. When she began to have feelings for her current lover, Benedict Windham, brother to the Duke of Manchester, she immediately cuts him loose before she can become too attached.

Or so she thought.

Time away from Christina has made Benedict realize how deep his own feelings for her run; not only is she the most exciting lover he’s ever had, he’s actually fallen in love with her. So when he returns to London for the Season, he’s determined to court his former lover and turn her into his wife. 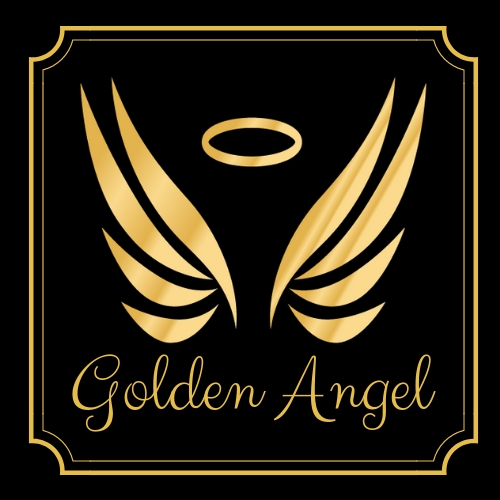 If there’s one complaint that I have about historical romances, it’s that truly merry widows never seem to get their happily-ever-afters. Heroines are widows who decide to take a lover for the first time inevitably end up falling in love and marry their first lover, while widows who have a lover when the book starts are always the villainesses, trying to keep their claws sunk into a man who doesn’t actually love them.

I wanted to write a merry widow who gets a happily-ever-after.

Benedict is not Christina’s first lover after she became widowed. He is her current lover and has been so for a long period of time. Rather than going from his merry widow’s arms to finding his virginal true love, Benedict has fallen in love with his lover. To my amusement, she wanted nothing to do with love or marriage again and so, in a reverse of Isaac and Lydia, we have a gentleman who has to do the trapping. 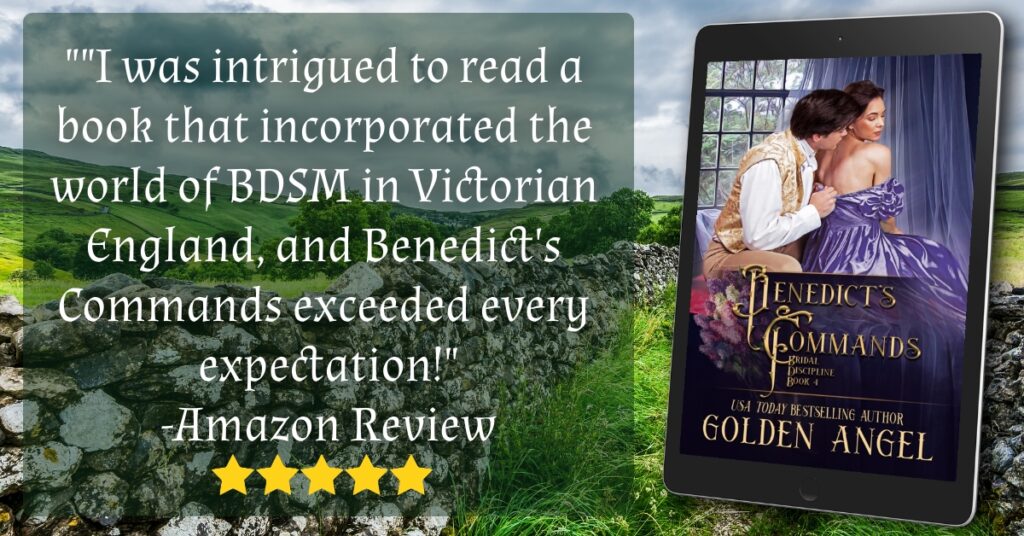 Exhausted, footsore, and strangely happy, Christina made her way out the front door of Daphne’s house… and frowned. Her carriage was nowhere in sight, but Benedict was standing on the sidewalk beside his own conveyance. With the lights from the house still brightly lit, she could see the anticipatory expression on his face. Something about the way he was standing made her think of a small boy who’d just done something naughty but was sure he was going to get away with it.

Her eyes narrowed as she approached him, but her heart beat a little faster with excitement.

Even when she objected to his high-handed ways outside of the bedroom, her body often responded as if they were within. It was a dashed nuisance at times.

“Where is my carriage?” she asked, setting aside her manners since he was the only person within earshot other than a nearby footman, who perked up as he realized he was going to witness some contretemps firsthand.

“Apparently there was a mix-up in the mews and your carriage was sent home early by mistake,” Benedict said smoothly, his face so blankly serious it fairly screamed his involvement in the ‘mix-up’. “I happened to be nearby when Lady Marley was informed of the mistake and promptly offered my services to see you home.”

Christina could feel her back teeth grinding together. Perhaps he truly was innocent and just taking advantage of the situation… but if he truly hadn’t had a hand in the dismissal of her carriage, she would be willing to bet her house that Daphne had. She might confront her friend later, but she already knew Daphne would be full of excuses. The worst of it was she also knew Daphne truly was doing this in what she thought was Christina’s favor.

Or perhaps that wasn’t the worst of it… the worst of it was the feeling of happy satisfaction at this further proof of Benedict’s affections and the lengths to which he was willing to go to prove them.

He held out his hand to help her step up. Out of the corner of her eye she saw the disappointed footman, whose gossip wasn’t going to be as juicy as he’d hoped. Suppressing a resigned sigh, Christina grumpily took Benedict’s hand and allowed him to assist her into the coach.

Her feet hurt too much to do otherwise and her only other option was to wait for another suitable party to leave the ball and hope they would be willing to take her home. Since she didn’t doubt Benedict would stand out here with her through that, and perhaps even sabotage an attempt to secure a seat in another’s carriage, it would be a pointless venture which would only garner more gossip.

Sitting back against the comfortably plush seat, Christina decided this wasn’t her worst decision. While she was well situated financially, her carriage wasn’t this comfortable, and it did feel nice to settle back. Especially with her senses singing on high, thanks to Benedict’s presence… and yet, being alone with him allowed her to relax for what felt like the first time all night.

Settling in beside her, Benedict’s thigh pressed against hers as the footman closed the carriage door. He rapped sharply on the ceiling, and the carriage lurched forward in response.

Eyeing the closed curtains, Christina frowned. “Would you mind open- ah!” She shrieked as Benedict hauled her over his lap with a suddenness that left her breathless even as her body pulsed in excited response. “Benedict!”

Ignoring her enraged cry, he flipped up her skirts, opening the slit in her drawers to bare her bottom, and suddenly Christina was quite grateful for the drawn curtains keeping them private. She gasped, wriggling to get away as he palmed her bottom, her fatigue and sore feet quite forgotten as excitement sizzled through her.

“Did you enjoy your evening?” he asked evenly, his fingers tapping against her bottom, close enough to her sex to make her lips swell in anticipation. “I certainly hope so. You danced fourteen dances with fourteen different gentleman who weren’t me, and so you’ve earned fourteen swats on this pretty, little bottom.”

“Benedict! Put me down!” she whispered in mortification. He hadn’t even bothered to lower his voice! “Don’t you dare! Your coachman will hear!”

“Jacobs is paid very well to be discreet, don’t worry about that,” Benedict said, his fingers giving her one last playful caress before lifting away.

She pressed her hands over her mouth to muffle her shriek, which was more outraged embarrassment and shock that he was actually spanking her in a carriage than pain. Benedict rubbed his hand over the spot he’d just spanked, making her want to moan as a little shot of warmth spread through the area.

The swats were loud but not particularly painful, just enough to make her bottom tingle and sting, warming her flesh – especially when he rubbed the swatted spot immediately after. This was not a punishment spanking, this was a much more playful spanking, one meant to arouse… and it was working. Christina wriggled on his lap, doing her best to keep quiet as the heat level across her bottom and between her legs rose together.

There was something incredibly naughty, incredibly exciting, about being in a moving carriage, her bottom bared and turning pink under Benedict’s firm hand. Could the coachman hear her? Did he know what was happening inside the carriage? Could anyone else passing by the carriage hear the crisp smacks of flesh impacting flesh? Would they possibly guess what the cause was? For some reason, all those questions just excited her more as Benedict spanked her squirming bottom.